We believe people matter. We have found that there is no greater calling than to provide, heal, rescue, and serve the others. Ultimately, our desire is to move a generation toward generosity and an intentional love for others. Our overall purpose is driven from this verse found in the book of Matthew 22:36-40.

That sounds nice, doesn’t it? Also from their website is a short excerpt of what they do:

Sevenly is a weekly cause activation platform cause marketplace that raises money for the world’s greatest causes through the selling of unique and exclusive products. Some have even called us a cause crowdfunding platform. Every week (7 days) we partner with a new non-profit organization, raising funding and awareness that these organizations desperately need. we and create unique art and limited edition products that we sell exclusively on our website Sevenly.org for 7 days. For every product sold, we give that week’s non-profit organization $7. For example, if we sold 1,000 products, Sevenly would donate $7,000.

You may know that Sevenly helps victims of domestic violence, burn victims who need surgery, victims of bullying.  It sounds like a really great cause, doesn’t it? An organization sells (most often) a t-shirt, and $7 of the proceeds go toward a charity, as they say a “non-profit organization”.

Here’s the problem.  Over and over and over again, Sevenly has claimed to “support autism” while giving to organizations that are downright hateful and harmful.

First, about a year ago, they donated for the first time to Autism Speaks with their “It’s Time to Listen” shirt.  That campaign’s revenue was $22,855.  Autistic people (including myself) protested, citing information on their Facebook page and contacting them via their website to let them know about why Autism Speaks doesn’t help autistic people, and why they should not partner with such an organization.

Then they released their “Live Loud for Autism” shirt, which seems absolutely ridiculously insulting and I know a few of my fellow autistic folks rolled their eyes in disbelief at that choice.  Not only is sound sensitivity most certainly a thing for autistic people, but the fact that Autistic people’s voices are silenced is very well known in the autism/neurodiversity community.  Again they donated to Autism Speaks, this time to the tune of $204,377.

Then they asked us to “Light it up blue for autism”, a common slogan for Autism Awareness month, headed up by no other than Autism Speaks.  This time, they raised $245,709.

Then, it seemed like things might be changing, when they premiered their “Different Not Less” shirt, quoting the words of Temple Grandin.  This time, their charity changed to the National Autism Association, which was at least slightly better than Autism Speaks.  This time, they only raised $34,531.

They supported the National Autism Association for a second time with their “Radical Possibilities: Stand up for Autism” shirt.  They raised $53,332, and it appeared (at least to me) that maybe the tide was turning.

Then, they proved that they didn’t listen to a word that autistic people and our families, friends, and other allies were saying.  That’s when they chose to support Generation Rescue.  For those unaware, Generation Rescue is the foundation that Jenny McCarthy founded, and they are behind many biomedical “cures” that are harmful, if not downright deadly to autistic children.  This time, Sevenly raised $19,516. 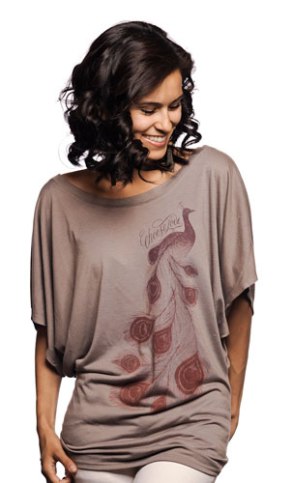 This week, Sevenly is again donating to Autism Speaks.  As I write this, over $61,000 has been raised.  This time, the support of Sevenly’s sponsors has increased the amount of money donated to $14 per item rather than the usual $7.  A variety of shirts are being sold, from the “Different Not Less” to the “Live Loud for Autism”.  Their infographic on their website uses fear-mongering techniques not unlike those of Autism Speaks in order to gain support, such as the “fact” that autism costs the average family $60,000 a year.  (My inner skeptic is yelling “QUIT THE ABUSIVE THERAPY AND YOU WON’T BE SPENDING $60K).

The Autistic Self Advocacy Network has implored autistic people and our allies to not support Sevenly, and to let them know what they think in this post.Many of us have done so, but unfortunately, it doesn’t seem like Sevenly wants to hear from autistic people.  They have made posts on their Facebook page asking who loves a person with autism, who is a teacher for autistic kids, who is a father or brother or other male relative (to promote their “men’s line”) of an autistic person.  But nowhere is there any mention of being an autistic person.  Their comments section has been flooded by autistic people and neurodiversity advocates who have told them time and time again that Autism Speaks isn’t good for autistic people, and have laid out the reasons why.  But they don’t want to listen.

So, Sevenly.  What is it going to take? When will you listen to the people who you claim you want to help? Or are you just another company who wants to pat themselves on the back for “supporting” autistic people, while ignoring us at the same time?

Suzanne Wright, co-founder of Autism Speaks, painted a grim picture of what it’s like to be related to someone who is autistic. She referred to autistic people as people who had been stolen away, citing a statistic of 3 million people, while continuing to refer to us as autistic children. I wondered, as I read the editorial on Autism Speaks’ website, what her grandson would think. How she treats him. Whether she presumes competence. It hurt to think about, because I know the way people treat us, especially those who are supposed to love and accept us. Especially our family members. They’ve been sold on the idea that Autism Speaks has shouted from the rooftops, the idea that we are sick, that we do nothing but cause our families heartache. That we are a burden.

Suzanne Wright and Autism Speaks don’t speak for me. This is not the autism that I live. This is not the truth. She an her husband founded Autism Speaks to help autistic people, supposedly, but the general consensus by those truly paying attention is that Autism Speaks does none of that. You don’t help a population of people by searching for a way to eliminate them, and by erasing the voices of autistic people as either too high functioning to count or too low functioning to be capable of speaking for themselves. That 3 million statistic includes all autistic people, from the nonspeaking to the highly verbal. You don’t get to use our numbers and then silence us.

I am not anti research, nor have I ever been. I believe that there may be ways to help the autistic community through research into co-existing conditions that make it difficult to live our lives. I do not believe that Autism Speaks is the right organization to be able to do that. At one time, Autism Speaks might have been able to be reformed. Autistic people have voiced our concern from the start about the  tragedy rhetoric. We have lived to see the results of that, the least of which is the low/high functioning dichotomy that silences autistic people.

You, Autism Speaks, have dehumanized us. We are entities, not people. Able is says we are incapable of really living, incapable of consent or saying no. Many of us have PTSD as well as being autistic because of the therapy you deem necessary.

You no longer have an autistic person on your leadership. Even parent advocates are withdrawing their support. You should listen and listen carefully. We are not a burden. Our families are not destroyed and my life is not a tragedy.

Autism is needing a visual schedule even at age 30.

Autism is the joy of flapping your hands when something makes your heart sing.

Autism is needing to allot hours to performing basic skills.

Autism is objects ceasing to exist if you can’t see them.

Autism is reveling in the good textures – running your fingers over every bump, curve and rivet.

Autism is finding a pair of headphones that makes going out in public bearable.

Autism is holding a bachelor’s degree but working in a drive thru.

Autism is seeing details that others miss.

Autism is being able to recite pages and pages of text that you learned when you were sixteen but unable to remember something you read an hour ago.

Autism is the fantastic feeling of not needing a weighted blanket because your (also autistic) seven year old is more than willing to press herself on top of your chest.

Autism is explaining to a new friend every last detail of your latest obsession and being overcome with relief when they don’t call you a freak.

Autism is joy and it is struggle.

Autism is not a tragedy or a health crisis.